According to Stratistics MRC, the Global Booster Compressor Market is accounted for $3.47 billion in 2022 and is expected to reach $5.39 billion by 2028 growing at a CAGR of 7.6% during the forecast period. A device that temporarily raises a compressor's pressure is referred to as a booster compressor. Pneumatic booster compressors are employed in businesses when current compressors are unable to generate the necessary pressure. A booster compressor is employed in this situation, which typically offers discharge pressure ranging from 200 to 600 PSI. The compressor's pressure, which is frequently utilised in a variety of applications like drilling work, hydrocarbon blanketing, and compression stations, is only produced for a brief period of time and cannot be used for continuous operation. A booster is PSI typically costs a lot to support the extra pressure and requires a lot of work to power up the instruments. It indicates that the compressor makes creating and maintaining pressures that are significantly higher than average fairly simple.

According to the BP Statistical Review of World Energy, the natural gas-based power generation in the country was around 1457 TWh in 2020, of which the countries like China, Japan, and South Korea had the largest chunk. The governments of Asian countries have laid down stringent regulations for cleaner power generation sources, which spurred numerous gas-based power plant projects anticipated in the coming years. 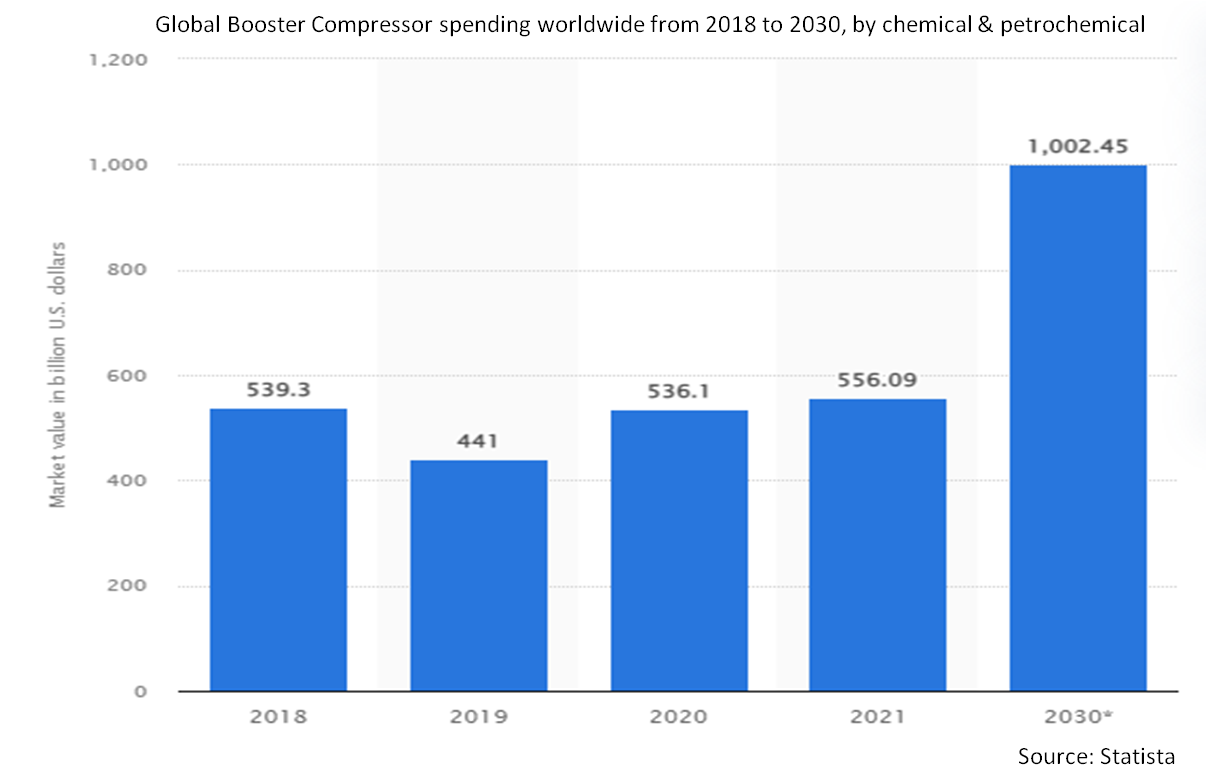 The rapid adoption of natural gas vehicles and the rising petroleum fuel consumption in developing countries, which is expected to support the growth of fuel stations even more, are anticipated to increase the demand for booster compressors and drive the development of the global booster compressor market within the anticipated time frame.

Due to the high cost of new compressors, industrial firms and consumers rely on maintaining and using existing compressors rather than investing in new installations to reduce capital expenditure. This aspect will constrain the booster market throughout the projected period, along with the compressors' emissions of methane into the atmosphere, which will cause environmental problems.

Increase in awareness on the PVC

The need for goods made of PVC and other plastics has decreased due to increased awareness of these impacts. Since the booster compressor is used in the production and moulding of plastics, its use is expected to restrain the growth of the global booster compressor market.

The COVID-19 pandemic's aftermath hindered the market expansion for booster compressors. It is mostly caused by the region's end-use industries, which have experienced a sharp decline. Many businesses, including those in the automobile, manufacturing, oil and gas, and construction, among others, had a sharp fall in income. It was mostly caused by the import-export bans and shutdown limitations. As a result, during the pandemic, there was a decrease in the demand for booster compressors. As government limitations have started to be lifted and business has started to get back up, the market for booster compressors is anticipated to grow at the same rate.

Based on cooling type, the Air-cooled segment is set to hold largest during forecast period. The expansion of the air-cooled form of current compressor packages is credited with this segment's growth. Businesses can also make up for heat loss from air-cooled booster compressors by heating buildings or powering preheating batteries. By using this compressor type, significant utility savings will be realised, which will accelerate segmental expansion over the anticipated time range.

Based on pressure segment the market is segmented into 101–350 bar, 14–40 bar, Above 351 bar, above 5000 PSI, Below 999 PSI, 1500-4999 PSI and 1000-1499 PSI. The 1000-1499 PSI segment due to their numerous uses in the oil and gas industry, including the purging and displacement of inert gases with nitrogen and the removal of contaminants from subterranean pipelines, is anticipated to occupy the largest market over the estimated period.

The anticipated period will likely see the biggest proportion of growth in Asia-Pacific. The major factor driving the booster compressor market in Asia-Pacific is the considerable expansion in the automotive, industrial, construction, and electrical & electronics sectors. Growing economies are mostly to blame for this. This is so because these countries have so many crucial companies and factories. The significant emphasis on a gas-based economy in Asian nations like India has raised the demand for booster compressors.

With a CAGR growth during the projection period, North America will dominate the market. The second-largest automobile market in the world, as well as some of the major electrical and mechanical companies, is all located in North America, which is also the world's top producer of natural gas. But the area is also a major consumer of booster compressors. The market for booster compressors is expected to expand significantly in North America over the course of the forecast period due to the region's position as the world's largest producer and exporter of natural gas and other related products. Another important factor affecting the market for booster compressors is the increasing use of cars in the region. Additionally, growing real estate costs in Canada and the US are a major driver of the booster compressor market. 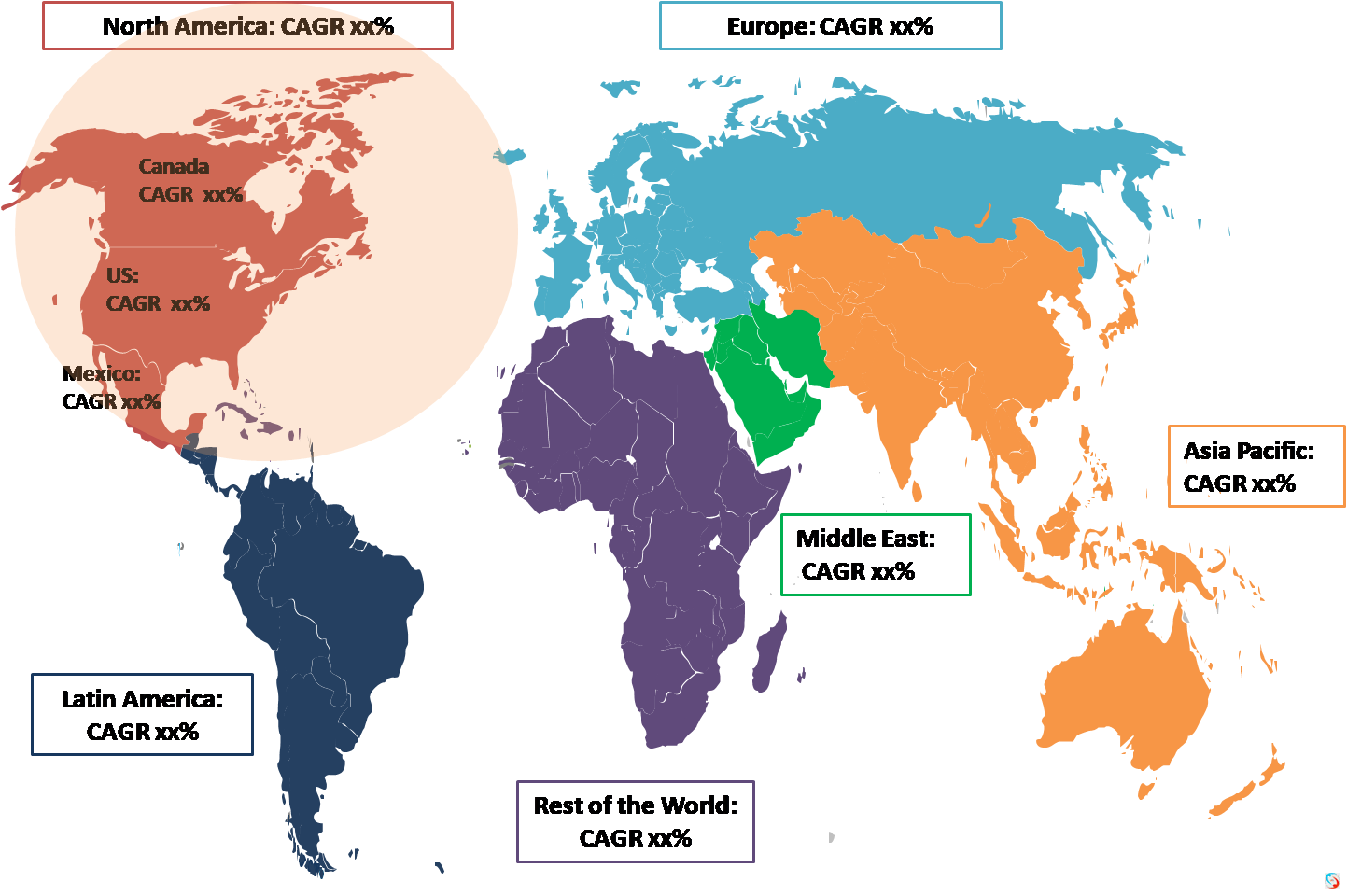 In July 2021, the HPOil Gas Private Limited (HOGPL), the joint venture between HPCL and OIL, issued a tender for the supply and installation of 400SCMH booster compressors for the city gas distribution project of Kolhapur district, Maharashtra, India. The successful bidder will have to provide the services like supply (including transportation, transit insurance, and loading and unloading), installation, commissioning, and field performance test of CNG Booster compressors.

In June 2021, Atlas Copco has adopted a distributor of the compressor in the North Carolina in U.S known as Compressed Air Systems, Inc. This acquirement is projected to improve the sales network of the company and also raise the new consumers based in the North America.

In February 2021, Ingersoll Rand completed the acquisition of Tuthill Vacuum and Blower Systems, a division of Tuthill Corporation. This acquisition fits strategically with the company’s portfolio of air compression technologies.

In February 2020, Atlas Copco AB attained a German distributor known as Dr. Gustav Gail Drucklufttechnik GmbH. The organization is situated in the southern part of the cologne and has a very potential market in the same location of the industrial compressor.