According to Stratistics MRC, the Global Autonomous Train Market is accounted for $7,865.14 million in 2021 and is expected to reach $13,133.86 million by 2028 growing at a CAGR of 7.6% during the forecast period. Autonomous trains, also known as driverless trains, are operated automatically without any human intervention, and are monitored from the control station. In case of any obstacle incurred in the route, a message is sent to operational control center and to the attendant on the train, to stop the train. In comparison to manually controlled trains, autonomous trains have improved acceleration capabilities, enhanced system efficiency, and reduced ongoing operational costs while providing consistent train speed and safety. 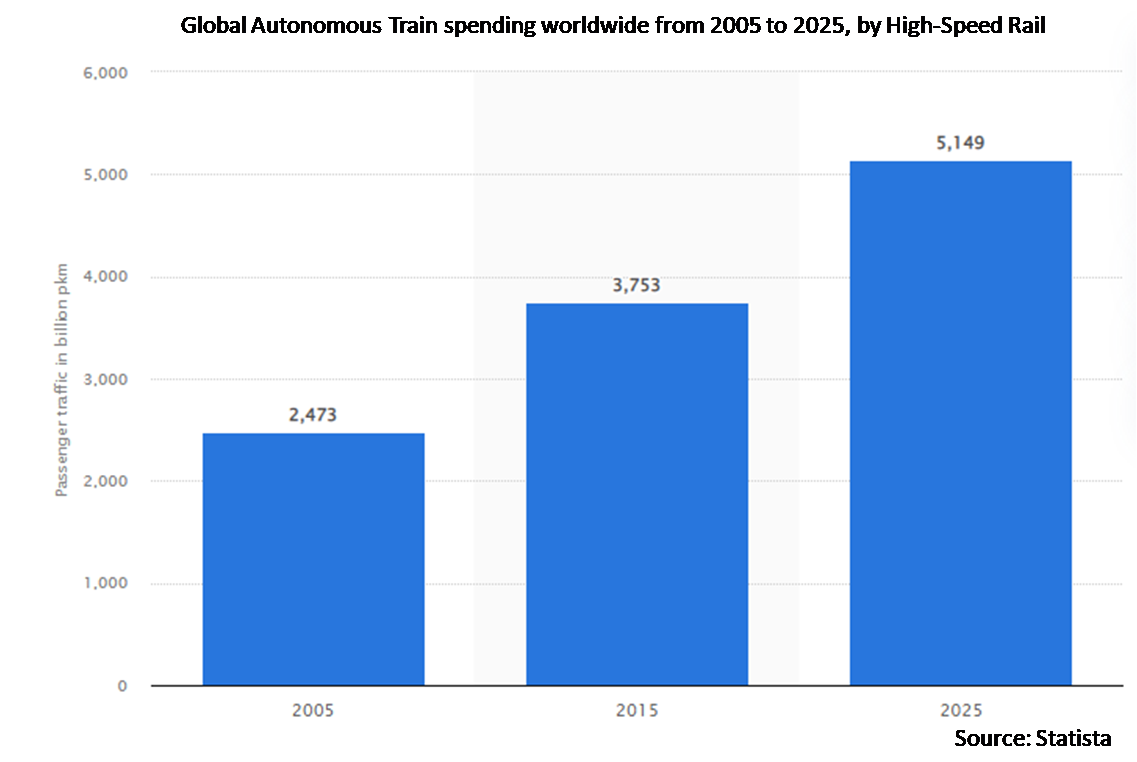 Increasing electrification and automation of the transportation industry

The increasing electrification and automation of the transportation industry is one of the key factors driving the growth of the market. Autonomous trains are integrated with advanced systems that provide improved control over stopping, departure and movement of the locomotive between stations. They also offer automatic and sensor-based opening and closing of doors to enhance passenger safety and convenience. Moreover, the rising demand for safe, secure, and efficient transport systems is providing a thrust to the market growth. Autonomous trains run on ground and underground levels and are highly secured by walls and fences to prevent trespassing and fatalities.

Digitalization and urbanization are some of the megatrends that are redefining the utilisation of energy in the transportation sector. Connectivity, analytics, shared mobility, and mobility-as-a-service system within rail mode are some of the upcoming trends. Digitalization has been at the forefront in reducing the distance and time between trains with intensive exploitation of tracks eventually providing better end-user experience while maintaining safety standards. The rail transport system is playing a pivotal role in moving passengers and freight amidst the high demand and heavily used routes. Closed and secured lines are already witnessing the deployment of the automated rails.

As the market is still in a nascent stage, the need for huge investments for R&D of the equipment is anticipated to be the major challenge for the growth of the market. Lack of proper infrastructure is also hindering the market growth during the forecast period.

Rail is considered as one of the safest modes of land transport and more attractive to the customer as this offers a much better service to potential passengers and drives an increase in passenger numbers. The demand for safer and efficient transport is increasing from consumers across the world highlighting importance of adoption of advanced technology-based transport i.e., autonomous trains for commuting purpose. Currently, rail has been identified as one of the most energy-efficient transport modes, accounting for 8% of global motorized passenger movements and 7% of freight but consuming only 2% of transport energy.

The GOA 4 (unattended train operation) segment is expected to have the highest CAGR during the forecast period. The growth of the GOA 4 segment is driven by various ongoing/upcoming projects across the globe. In these projects, the government plays the major role of budget allocation for infrastructure development and deployment of driverless trains. Low electricity consumption, less wear & tear of components, and more passenger room would also drive the market for GOA 4 trains.

Asia Pacific is projected to hold the largest market share as the region has one of the largest rail networks across the world owing to the presence of major countries, such as India, China, and Japan. Public transportation is also very popular in these countries, such as in India, where people often travel by metro for daily commuting. Due to this, the railway network plays a very significant role in the economic development of countries in Asia Pacific. The market growth in the region can also be attributed to the increasing infrastructural development, increase in government spending on the transportation sector, and ongoing/upcoming projects in various countries. The increased levels of automation and demand for efficient and safe transportation are other factors expected to drive the market for autonomous trains.

Europe is projected to have the highest CAGR due to the urban population growth, increased comfort and safety concerns, increased budget allocations for the development of railway systems and infrastructure, and continuous research and development in the automation technology. 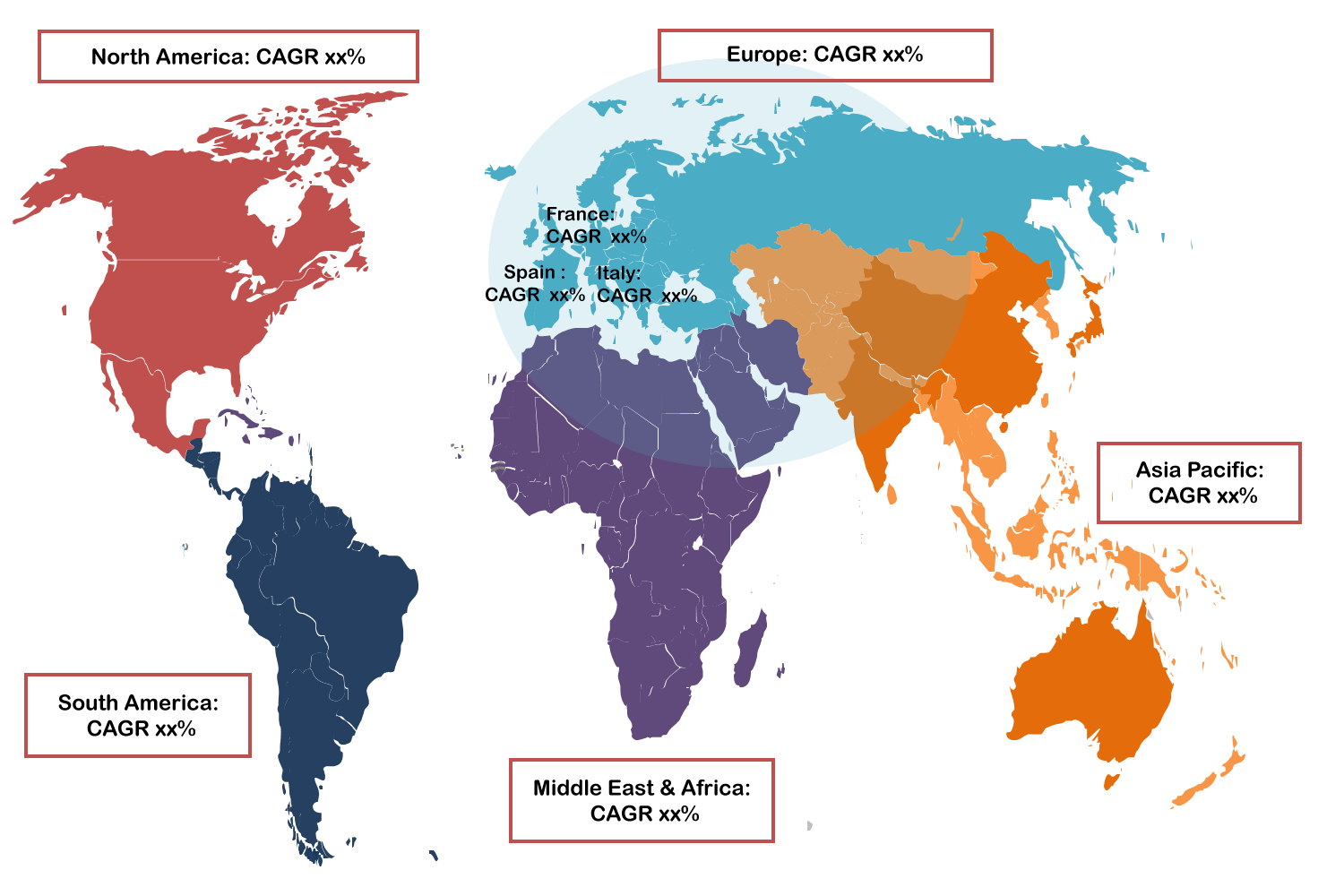 In August 2021: Siemens Mobility was awarded a contract to design, install, and commission the first Communications-Based Train Control (CBTC) technology for Malaysia and Singapore cross-border link trains. The company also announced plans to deliver the CBTC system for the Brazilian metro line in May 2021.

In May 2021: Kawasaki Heavy Industries launched the new remote track monitoring services in North America equipped with information and communications technology. This system is expected to improve trackside efficiency and deal with any irregularities for the safety of trains and passengers.

In January 2021: Alstom completed the acquisition of Bombardier Transportation, thereby, creating a competitive manufacturer on a global scale in mobility and rail transport, moving toward greener transportation globally.